The UB Senate (UB) officially affirms the new Professor for Faculty of Medicine (FKUB), Prof. Dr. dr. Yuyun Yueniwati P.W., M. Kes, SpRad (K) in the inauguration of Professor who are attended by all UB Senate members on Thursday (12/10) in Widyaloka Building.

dr. Yuyun, as her colleagues usually call her, was  born in Batu in 1968. She is the fifteenth professor of FMUB who comes from the Science of Radiology in specifically Neuroradiology.

In his inaugural address of Professorship She delivered a presentation  entitled “The Role of Radiology in Early Detection of Atherosclerosis as a New Paradigm for Management of Ischemic Stroke”.

According to the Mother of 3 who currently also serves as Vice Dean for Student Affairs of FMUB, Stroke is a condition that occurs when blood supply to brain is disconnected due to blockage or rupture of blood vessels, resulting in cell death in some areas of the brain and this kind  of health conditions like requires fast and precise treatment.

Furthermore, in the last decade many stroke occurs at an increasingly young age and on average occurs at a productive age. Stroke itself is not a disease that cannot be cured or cannot be prevented, but stroke management must be comprehensive and integrated, if the stroke can be detected early and proper management is applied then the prognosis will be better.

More than 87% of stroke cases are caused by a lack of blood intake, a condition also called ischemia due to blockage of blood vessels because of thrombosis or embolism. The remaining 13% are strokes caused by hemorrhagic bleeding that occurs due to rupture of the brain’s blood vessels. Slightly different from epidemiological data in general in the world and in Indonesia about 67% of stroke incidence is Ischemic stroke.

“Stroke is a serious health condition that requires immediate treatment and is the second leading cause of death in the world and is a major cause of disability in productive ages. In Indonesia, stroke is the leading cause of death over the age of 5 years, the mean age of stroke patients is 58.8 years, the incidence increases with age and the risk of stroke increases twice every decade after age 55 years. Based on Balitbang data in 2013 Basic Health Research noted stroke patients at the age of 15-24 years reached 0.2% of the total population and It is a fairly high number”, She explained.

In ischemic stroke, blood flow to the brain stops because of atherosclerosis that is the buildup of cholesterol in blood vessel walls or blood clots that clog blood to the brain. Both large and small. blockage can occur along the path of the artery to the brain.

A fatty deposit (atheroma) can form inside the carotid artery blood vessels causing reduced blood flow. This circumstance is very serious because every carotid artery blood vessels in normal circumstances provide blood to most of the brain. Fat deposits can also be released from the artery walls and flow in the blood, then clog the smaller arteries.

In addition to his formal education, Yuyun also has attended additional (non-formal) education such as training  or additional certification both at home and abroad and received several awards from several scientific papers she wrote as well as research and community service that she has conducted.

After being affirmed by UB Senate, the event was continued with a thanksgiving at Gedung Graha Medika FMUB attended by the Dean and Vice Deans, FMUB Professors, lecturers and administration, students and invited guests. 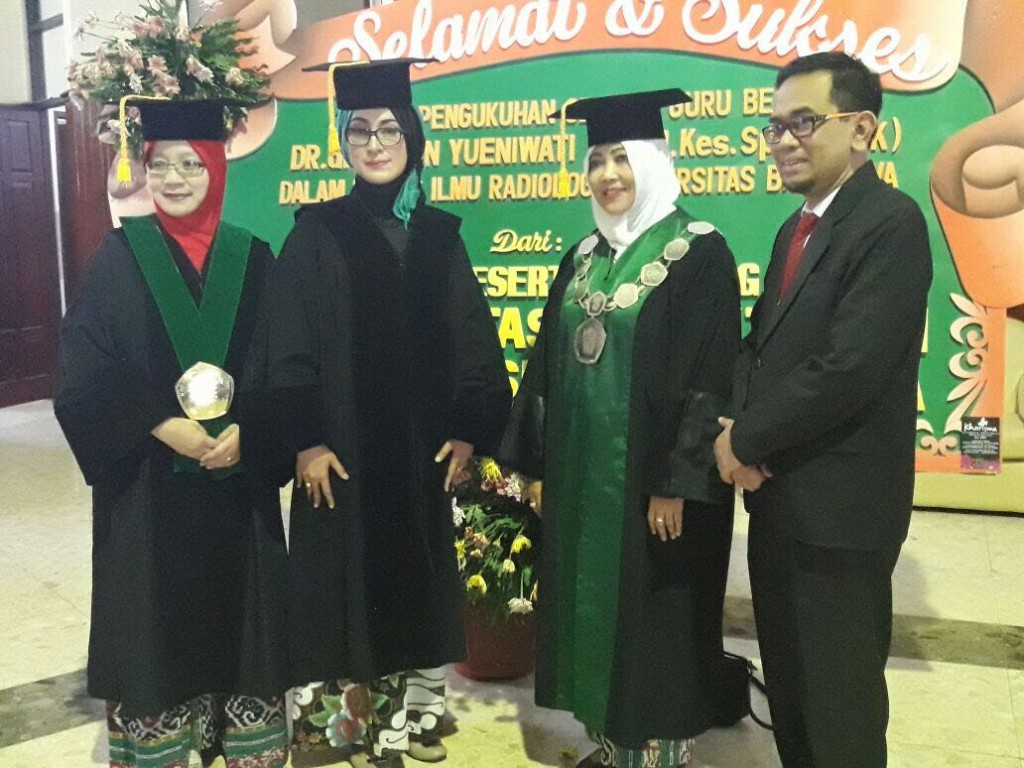 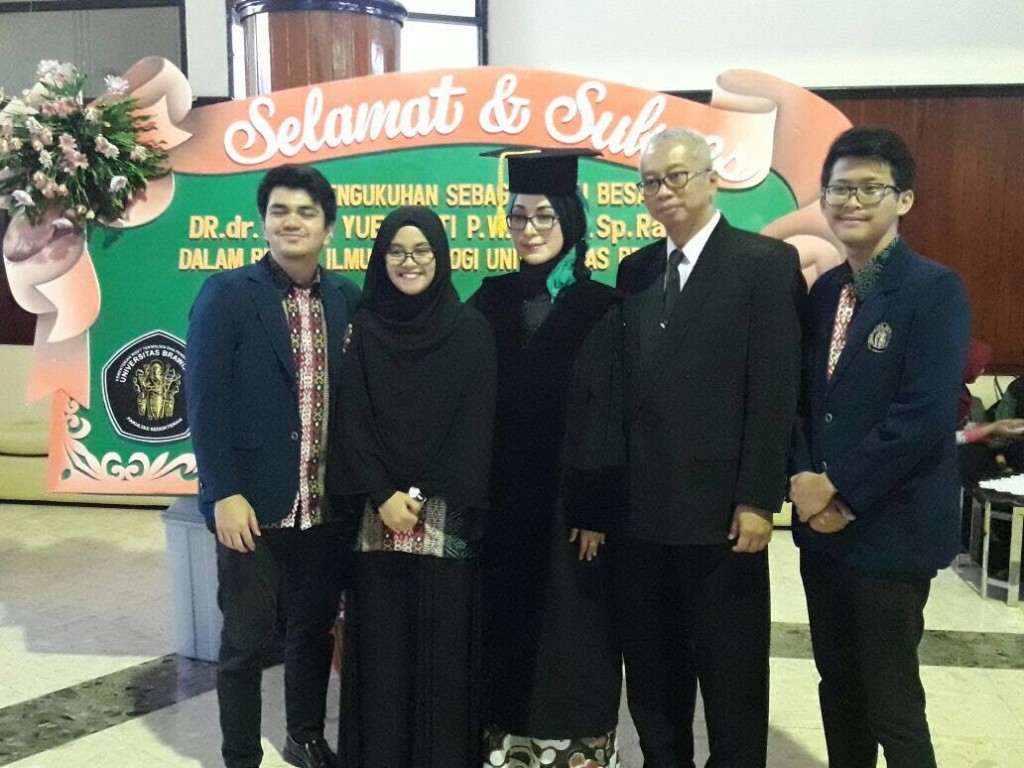